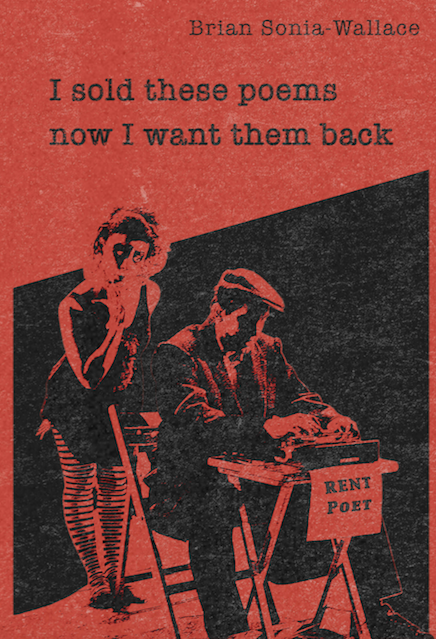 What's better than a autographed book? A POEMgraphed book! Everything in the regular chapbook, plus a special, personalized poem just for you (I will e-mail you after you order to get the topic).

I Sold These Poems, Now I Want Them Back is a first curated anthology of RENT Poet poems from Yak Press. The chapbook, which can also be read as a play, is prefaced with an essay on the RENT Poem practice and contains 30 revised poems originally written on the street, for strangers.

Creating this book, for me, has been a radical act. A reclaiming of these bastard poems who bear the faces of at least one parent whose last name I never knew. I used to not even take pictures of these poems. They existed in the moment, they lived between two people in the moment, and I didn't want them to come back to haunt me. I had my blood money.

Now, I welcome them back in. Now I claim them, I say to you, “these are mine, think of them what you will.” I say to the poems, “come, let me sit with you again, shape you, mold you beyond your conception. Let me share what little I know.”

But don't worry. This is a 'best of', a 'revised and edited'. There are way worse out there, including a disturbing number of poems for and about dogs. I'll spare you those.

These are the best of my bastard poems.

Add to Cart
Powered by